Our Self Supporting Bridge event; We planned to get to know the world-famous painter and engineer Leonardo Da Vinci, who lived in the fifteenth century, and one of his works, to see how to build a bridge without using nails or any other clamps.
By watching a video about Leonardo Da Vinci’s life, students learned about Leonardo da Vinci, one of the engineers with the most surprising intelligence. They also had the opportunity to examine the Mona Lisa by Leonardo da Vinci, a famous painter. 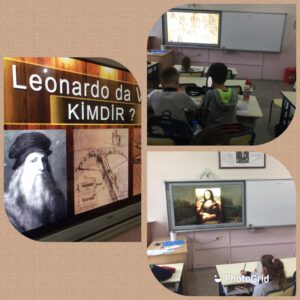 They examined some of Leonardo Da Vinci’s inventions that shed light on the Helicopter, Tank design and anatomy studies. Developed by Leonardo Da Vinci; they learned about bridge design that we could build using only long boards and wooden sticks, without the need for hammers and nails. The working logic of the bridge lies in the fact that the materials used can be clamped together without slipping. The parts that lean against each other never slide so that there is no collapse. The reason why the parts do not slide is that the system transfers the weight on the wooden bars exactly in the middle. Each plank, placed parallel to the bridge, presses the wooden bars on which they rest against each other. This ensures that the bridge parts are clamped together as the weight on the bridge increases. 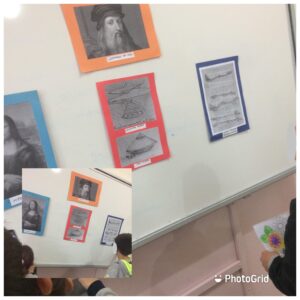 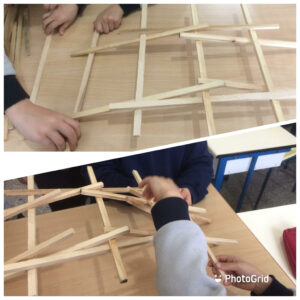 The students, who discovered how to build the da Vinci bridge, completed the bridge design with great excitement. Students developed their problem solving, cooperation, responsibility, and creative thinking skills. Thus, it positively affected the students’ perspectives on science and engineering. 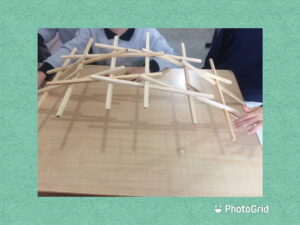