In “Panayot Volov ” school in the city of Kaspichan, two math classes were organized and dedicated to learning symmetry (central symmetry in particular) with the usage of a video game. 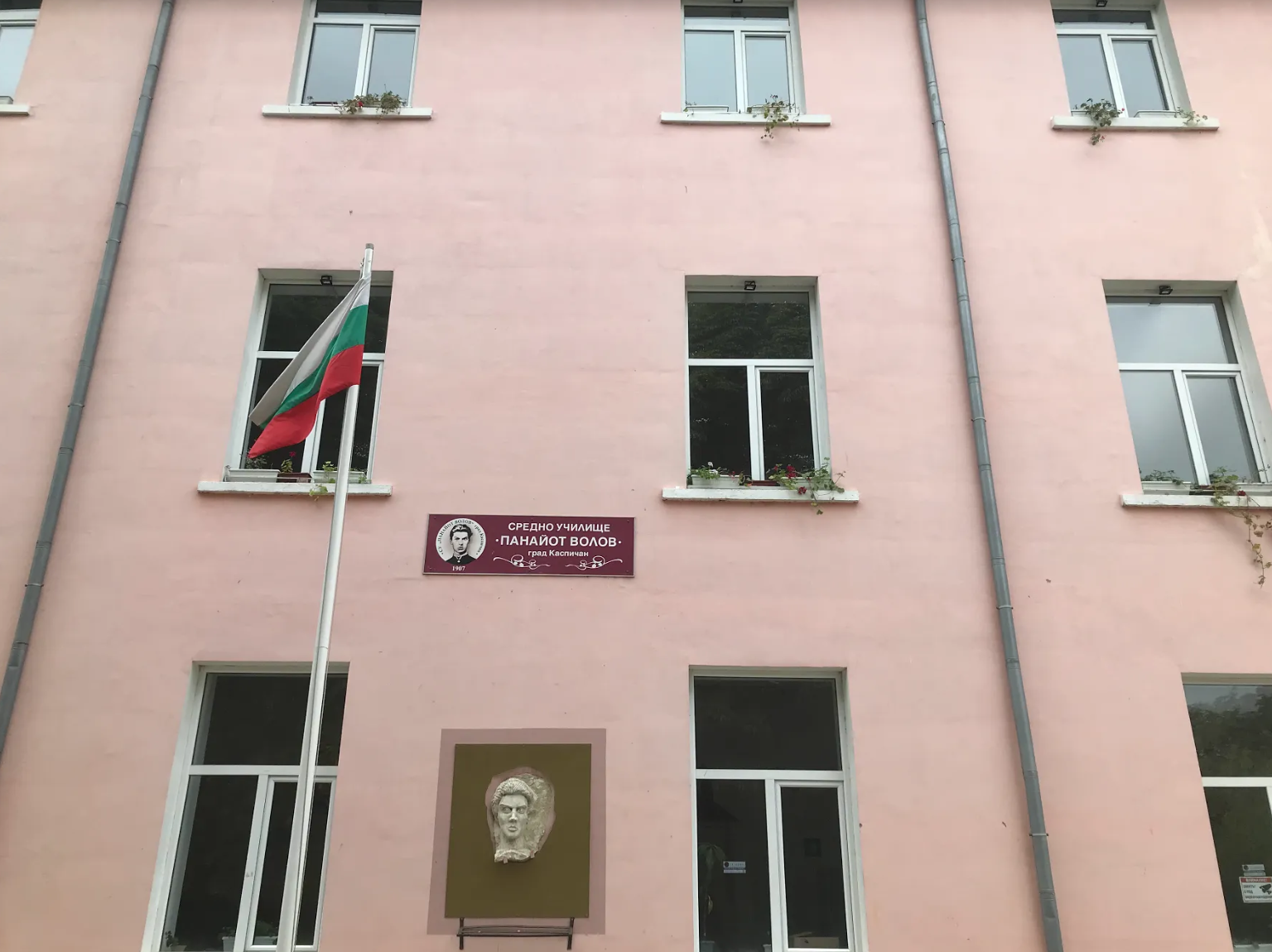 Sixteen students from 5th grade took part in the classes. Each level (task) in the video game uses a rectangular board divided in unit cells. One half of the table has its cells colored in black or white and is unclickable. The other half is completely white and some of its cells have to be clicked in such a manner that every two cells that are symmetrical in respect to the red dot in the center of the table, are in the same color. The game is divided in 4 different sections, two of which have the table stationary, and the other two have the table constantly rotating. The game was created by Prof. Toni Chehlarova and Mladen Valkov, developed on the unity game engine platform:

The first part of the lesson was dedicated to preparation and installing the game. 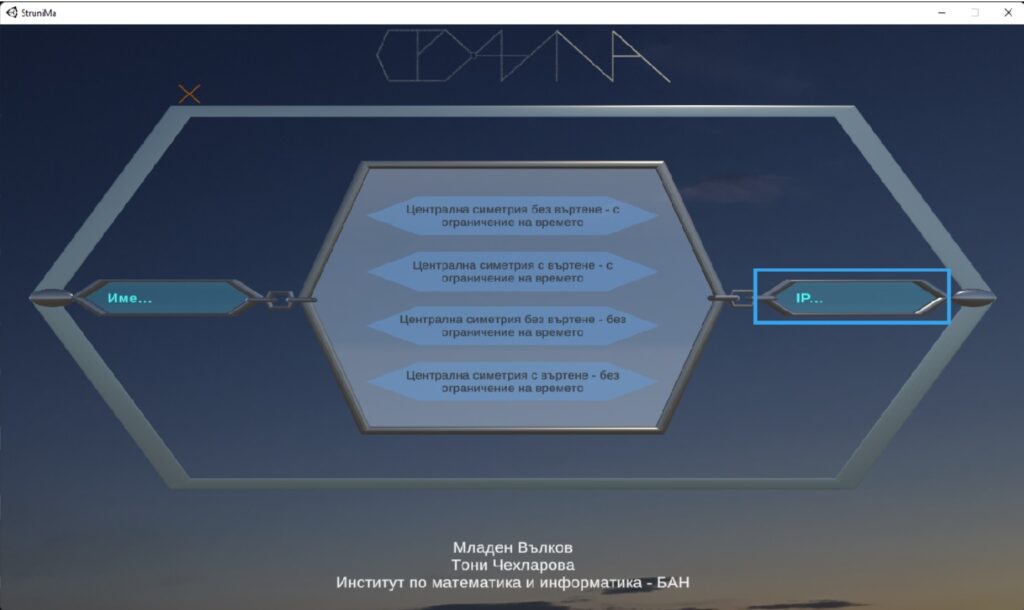 The second part of the lesson was the actual playing of the game. The plan was to go through the first and the third sections of the game – central symmetry on a board without constant rotation.

At first, the students had difficulty solving even the first levels which involved a 4×4 table. Most of them were coloring the cells, so that the table has an axis of symmetry (not a center of symmetry). The initial explanation on what is central symmetry and how to find a symmetrical cell was – “From a given cell’s center we go to the center of the table, we take the distance that we’ve passed and we pass it again in the same direction. The cell we get to is the symmetrical one of the starting cell.” Some of the students were successfully finding the symmetrical cells one by one, but they were out of time – each level has a 30 seconds time limit.

After this first try, another strategy was introduced – we take each column, we find its symmetrical column and we reverse the first one onto the second: 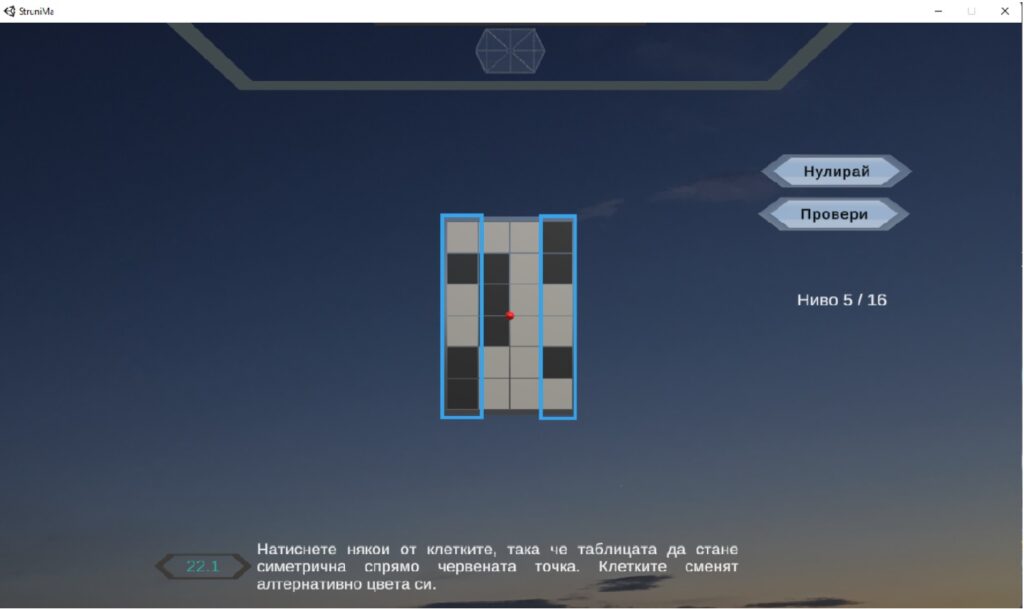 After that, some of the students were doing the first levels quite fast. After that they had the idea, they started solving the levels without the strategies. Some of the students started doing levels successfully from the second section – table with constant rotation, which is quite a challenge for bigger tables.

The first 15 minutes of the second lessons were dedicated to revisiting the sections from the previous lesson. Some of the students were solving more than 15 levels of the maximum sixteen available. This means that the acquired sense of central symmetry was maintained through the pause of 1 day.

In the remaining part of the lesson the students had to download the educational game StruniMa  – http://strunima.free.bg/download.html .

The game contains different combinatorial applets some of which are symmetry on a table, tile coverings, graphs and knot theory. Each applet has an exploration part, educational part and a competitive part. Students were introduced to the exploration and competitive part of the Table Symmetry Applet.

After they downloaded the updater with the help of the teachers, they successfully installed and started the game. 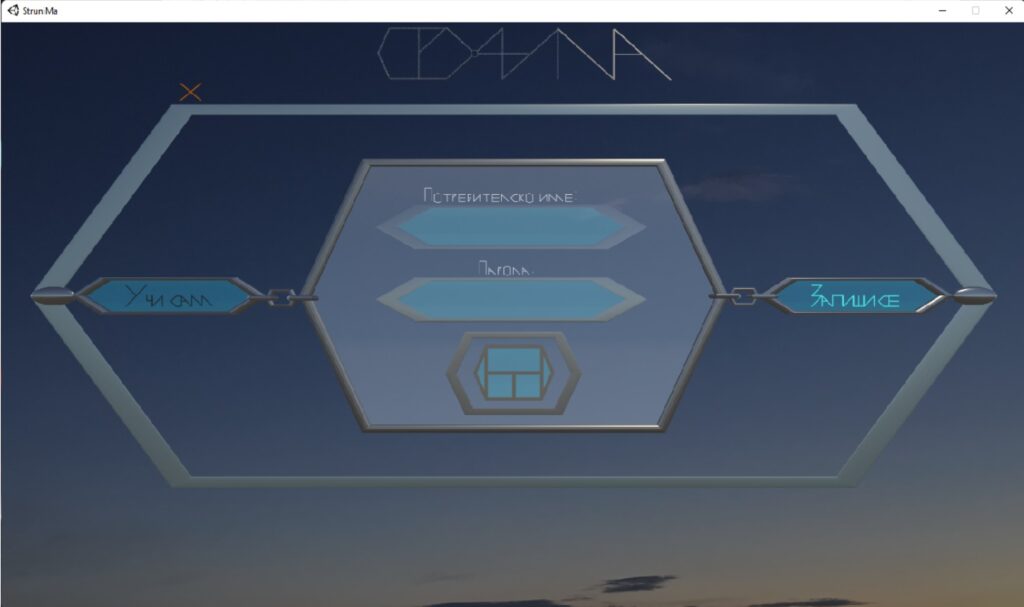 Each student had to create an account and password. The default restrictions  – the username should contain only symbols and digits, the passwords should match and contain at least 6 symbols, and others – were challenging for some of the students. 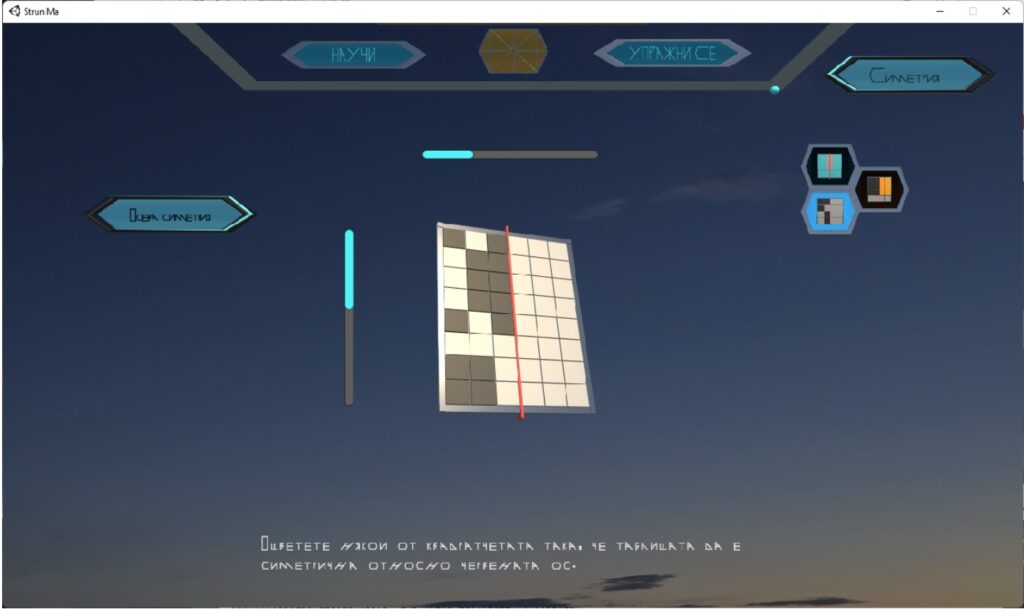 Every student could investigate boards with different sizes and choose between axial and central symmetry. On the competitive part, some of the students passed both Beginner and Advanced sections (first two of the 4 available).

At the end of the lesson, students were invited to the “Shkola” (https://en.dipkusz-forum.net/article/385/synchronous-remote-learning-with-the-educational-game-strunima) of the game, which is the multiplayer part of the game. Each room can hold up to 14 students, so the students were divided into two groups and joined two different rooms. Since the time was limited, we only tested one level with axial symmetry, which most students solved successfully.